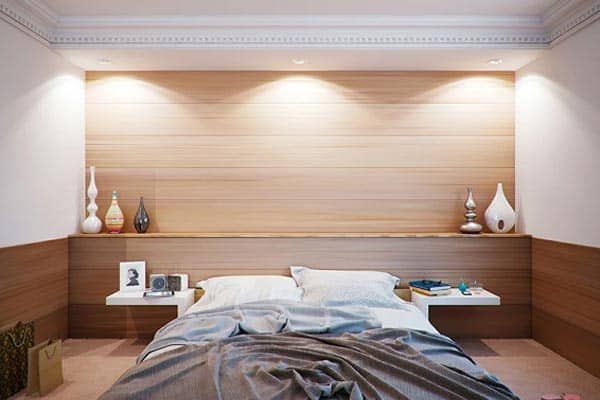 If you’re trying to stretch your budget while you look at rentals in your area, you may wonder how many people you can safely fit into a two-bedroom apartment. Just like any rental property, occupancy limits and landlord policies can differ from place to place. This makes it difficult to get a concrete answer.

How Many People Can Live in a Two-Bedroom Apartment?

The Fair Housing Act dictates that at least four people can live in a two-bedroom apartment as a minimum standard. Cities, counties, and states are allowed to set their own regulations beyond this, but they have to allow a minimum of two people per room.

The most common regulation allows two people in every bedroom plus one to let a maximum of five people stay.

If you have a landlord that is more flexible about the arrangement, they may allow you to decide how many people you want to stay in your apartment. However, you should note that no landlord will tolerate having a number of people that disrupts the living environment or damages the property at the apartment building.

What are the Federal Government’s Standards?

The Fair Housing Act set by the Federal Department of Housing and Urban Development recommends that you only have a maximum of two people in every bedroom in your rental.

Knowing this, you know that a maximum of four people should occupy a two-bedroom apartment at any given time, and the federal government sets this recommendation based on the safety of the rented property and of the occupants.

This limit helps to ensure that the tenants in each rental live safely and the unit stays free of damage for the duration of their stay.

If the rental gets overcrowded with occupants, there is a much higher risk of fire hazards and accidents.

It can make it challenging for every occupant to get out of the unit safely if there is an emergency because more people mean more belongings. It also means a higher energy and water bill.

So, if the rent also includes your utilities, the rent gets calculated with a specific amount of occupants in mind, and increasing this number can make your utility bills go up significantly.

It can also cause wear and tear that your apartment may not be able to cope with. So, it’s important to go into the renting process while keeping the number of people in mind, and this really shouldn’t exceed four people in a two-bedroom unit.

There are several factors that come into play that help to determine the number of people who can safely live in a two-bedroom apartment, and one example is an age limit for being able to reside in a senior living community.

You will most often have to be 55 years old to qualify for a spot here, and the occupancy limits are usually lower because they don’t have to allow children to live there.

Some local areas and cities also set specific rules regarding occupancy limits, and a landlord can set a two plus one policy that allows you to have three people per bedroom instead of two.

This plus one leniency is typically allowed because the tenants could all be family, and the Fair Housing Act considers families to be a protected class when it comes to housing, and this means that the landlords can’t refuse families who have children.

This act states that landlords are required to let families live together as much as they possibly can, and the flexibility extends to apartments that have strict tenant policies in place.

Since there are so many different rules and regulations in place, it’s important that you check with any potential landlord or apartment building manager for the maximum number of people allowed in your two-bedroom unit.

The Difference Between Guests and Occupants

If you have someone stay in your apartment that isn’t on the lease, there are usually strict rules that govern how long they can stay.

If your lease doesn’t mention the possibility of having a co-resident or long-term person on it, you could violate the lease and get evicted for allowing someone to stay.

You can have people over for a night or two, but they can be considered a tenant if they stay for a period of time, and this is usually 30 days straight.

However, many places start counting guests toward the occupancy limit after they get through the one-week residency period.

So, if you plan on letting a guest stay for a few weeks or longer, you have to let your landlord know, and you want to read your lease to understand the regulations regarding guests and new tenants. It’s always good to know the rules, so you don’t get into trouble later.

How Landlords Can Enforce Capacity Limitations

During the screening process for potential tenants, the capacity limitation enforcement process can be challenging.

Some landlords can discriminate softly in the lease when they start to discuss the number of household members. When you sign the lease, this is the time to establish how many people are allowed to stay in the rental.

For example, your lease may outline that you can only have occupants who are listed on the lease stay for prolonged periods, and then it falls to the landlord’s discretion to decide whether or not they want to add another person.

This doesn’t necessarily include children, as the Fair Housing Act requires landlords to be more flexible with families.

How You Classify a Bedroom

If the rental unit has rooms in the basement, they have to meet specific requirements to classify as a legal bedroom. At a minimum, you need to be safe if you stay in this room and have an escape route in the event of a fire.

Can Landlords Limit the Number of Occupants in a Home?

Your landlord can limit how many people they have to stay in a unit as long as they stay in line with all local, state, and federal housing laws.

The Fair Housing Act requires any landlord to allow a minimum of two people per bedroom unless they can find a way to justify a lower number.

It’s extremely difficult for a landlord to get around this rule and prove that each bedroom shouldn’t have two occupants.

Also, it’s illegal for a landlord to discriminate against people based on familial status. If a couple just had a baby but wants to rent out a one-bedroom unit, the landlord can’t deny the application based on the fact that there is one bedroom for three people.

The bedroom can be bigger, and the baby may not be big enough to require a room to themselves.

Additionally, for occupancy purposes, you could technically classify extra rooms like a den, loft, or office as a bedroom. The landlord has to consider what is reasonable and the size of their property.

While there are no hard and fast rules that say exactly how many people you can have in a two-bedroom rental, the general consensus is that you can have two people per room for a maximum of four.

There are laws that protect families regarding occupancy rates, so you can start looking for rentals in your area today.