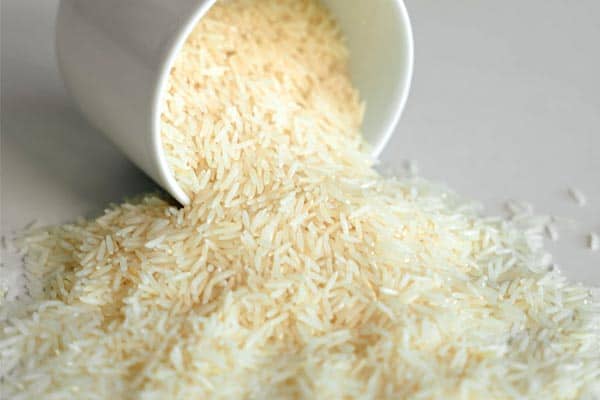 A lot of appliances are similar in the way they operate and cook food, so it’s no surprise that you may have noticed that your rice cooker is very similar to a more traditional slow cooker or crockpot.

This leads people to wonder if they can use a rice cooker as a slow cooker when they cook.

Yes, it is possible to use your rice cooker as a slow cooker since they essentially cook the same way.

They both use steam that circulates inside the pot to help cook the food. However, rice cookers do cook on a higher heat and give you much faster results compared to the steady and slow way a crockpot cooks.

In this post, we are going to go over what a slow cooker and rice cooker are, how they operate, and more so you get a good understanding of how you can use them.

The Crock Pot is the brand’s name that produces several slow cookers that are very popular, and Sunbeam trademark owns it.

The appliance has been available for decades, and they are the original slow cooker. This is a countertop electrical appliance that works for cooking food over lower temperatures for a more extended time.

A slow cooker will heat your food for around eight hours, and this gives you plenty of time to create hot meals whenever you need them.

They use a much lower temperature than other cooking methods like frying, baking, or boiling to cook food by simmering. They’re great for anyone who wants a hands-off approach to cooking.

The slow cooker was made famous by American women in the 1940s when they started to use this device to prepare food.

It gained traction among a host of working-class women who could start their food in the morning and have it ready to go when they came home in the evening.

This appliance comes with a base that has the cooking element, the vessel, and the lid. You’ll get a liner that is melded onto the inside of the base, and the electrical workings fit between the bottom of the pot and the liner to hold the heater bands that conduct the heat around the base.

The bands will generate heat that transfers to the cooking vessel and rises across the bottom of the vessel and up the sides to cook your food uniformly.

There is a very small gap between the liner and the base’s outer wrap to prevent it from overheating by encouraging airflow as it runs for hours at a time.

The vessel will hold the cooked food, and the lid will help your device reach the appropriate temperature to cook it.

Rather than trying to cook at a specific temperature, you can set this appliance’s temperature too high or low levels, and it’ll produce more or less heat based on what you want to cook.

There are several benefits that come with using this method to prepare your meals, including:

Similarities Between a Crock Pot and a Rice Cooker

A lot of people confuse a slow cooker and a rice cooker because they have a lot of similarities. However, there are also some differences you have to know about.

1. They both use the same cooking mechanism

Both appliances have a very simple mechanism they operate on, and slow cookers get their low heat from the bottom of the pot to simmer the food. Rice cookers are designed to bring their ingredients to a very rapid boil that allows intense steam to cook your rice to perfection.

2. They both have a set it and forget it feature

Both appliances are very easy to use, and they both require that you put your ingredients inside, set the appliance, and go about your day. A slow cooker can easily cook meals for hours at a time; the rice cooker finishes your food much quicker before switching to warm mode. So, you get hot and fresh meals from both appliances.

3. Both of these appliances use steam for cooking

Rice cookers and slow cookers both use steam for cooking the food. Slow cookers have a very compact shape and a closed lid that allows for your moisture to build up and recirculate inside it to cook your food.

4. Both appliances have a similar appearance

If you look at them from the outside, both slow cookers and rice cookers will have a very similar appearance. A rice cooker typically has a more modern look with more buttons.

Can You Use a Rice Cooker as a Crock Pot?

Yes, it’s possible to use a rice cooker as a slow cooker. You will need to put in a little more effort for this to happen, and you have to understand the main features between the two items.

How to Use Your Rice Cooker as a Slow Cooker

Using your rice cooker to slow cook is slightly more complicated than using a slow cooker. However, the following simple steps will ensure that you have success with this endeavor.

Important Points to Using a Rice Cooker as a Slow Cooker

Both devices will work on similar principles. Slow cookers cook their food over a long period of time using moist heat that traps your flavors into the pot.

Today, rice cookers come with slow cook settings, and this makes it much easier to perform this cooking method.

Using your rice cooker to slow cook takes more effort on your part with a small amount of mathematical skill to get the perfect slow-cooked meal.

You have to bring math in when you try to figure out how many times you have to repeat the boiling process before getting a very well-cooked meal.

Generally, it takes six to eight hours to get a perfect meal in a slow cooker. When you’re replacing it with a rice cooker, you have to keep this in mind.

It’s possible to turn your rice cooker into a slow cooker with a little patience on your part.

Both devices work the same, and they have a lot of the same features on them. So, it’s easy to use them to get perfect meals every time you use them.